Home Cuisine 5 traditional Romanian dishes that you should not miss 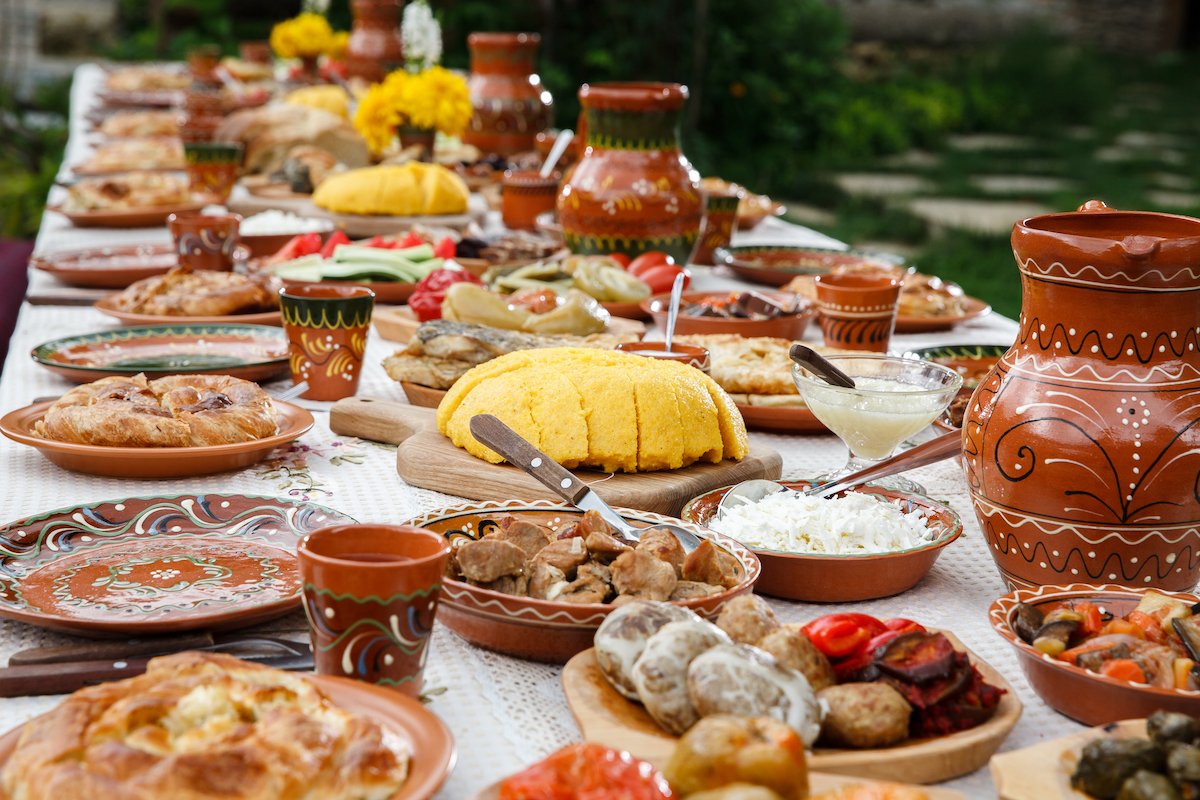 Traditional Romanian dishes come with a drink to whet your appetite, before or during a meal. Keeping the habits of the ancestors, a food to be complete and to saturate the gourmands also needs a drink with tradition. Palinca is the most famous spirit drink of the Romanian.

Legend has it that the symbol of the joining of bread with salt is as old as the Bible and that it symbolizes the emergence of the earth from the salt water, which later bore fruit for humans. Therefore, the most precious gift of peace and friendship to the guests is round bread and salt.

But don’t be fooled by the simplicity of a custom because Romanian cuisine is full of diversity and taste, combining the influences of foreign cultures with local ones. Here is our pick of 5 dishes you should try.

Sarmalele will not be missing on the table of every Romanian, being considered true goodies. Housewives spend hours in the kitchen. Start by milling the meat, continue by adding the other ingredients and spices and start mixing.

Then the real work of art begins. each piece is twisted into a sauerkraut leaf, wrapped and added to the boil for a few hours. In order to give them an authentic Romanian taste and to differentiate them from the other types of sarmale from other regions, a large piece of smoked meat is added to the pot, creating the perfect combination between taste and smell. Serve with polenta and sour cream.

The foundation of the taste being given by the beef bones. They provide the necessary taste and consistency. Over the years, the Romanians have adapted the Tripe Soup in several ways, the beef stomach not being to everyone’s taste and replaced it with chicken.

The Romanians’ grills do not start without preparing long before the meat for the mititei. The mixture of beef, pork or lamb is the perfect composition for a delicious grilled specialty. History tells us that the mititei were first invented by Iordache Ionescu. He didn’t have any guts to prepare the sausages, so he put the minced meat directly on the grill and the little ones were born.

The Romanians invented a lot of ways to make them more juicy, with crust and well penetrated inside. Next to the mititei, potatoes and mustard are never missing and as a drink they are served with a large beer mug.

It is not exactly a recipe or a sophisticated dish, but it has been and remains the staple food of Romanians. From the time of our ancestors, slanina with onions is the main dish before going to work in the field, being a food that includes a lot of calories. Onions served with slanina have a very important role in addition to the pleasant taste it offers, helping digestion.

In Romanian restaurants you will not find only sophisticated food. Mamaliga with cheese or sour cream, with stew or sarmale, is an ideal garnish for almost any dish. It is one of the easiest dishes to cook, water and corn being the main ingredients. Mamaliga can be found in other cultures and has many countries, being adapted in different ways.

Romanian cuisine includes a much greater variety of dishes. Romanian food is based on taste and consistency, but it also looks beautiful if there is a little imagination in making the plating.

The story behind Viscri Jam, the most expensive jam in the World made in Romania

Why is Romania such a unique and special country?